Therapeutic trial results against COVID-19 expected in 3 weeks: WHO chief 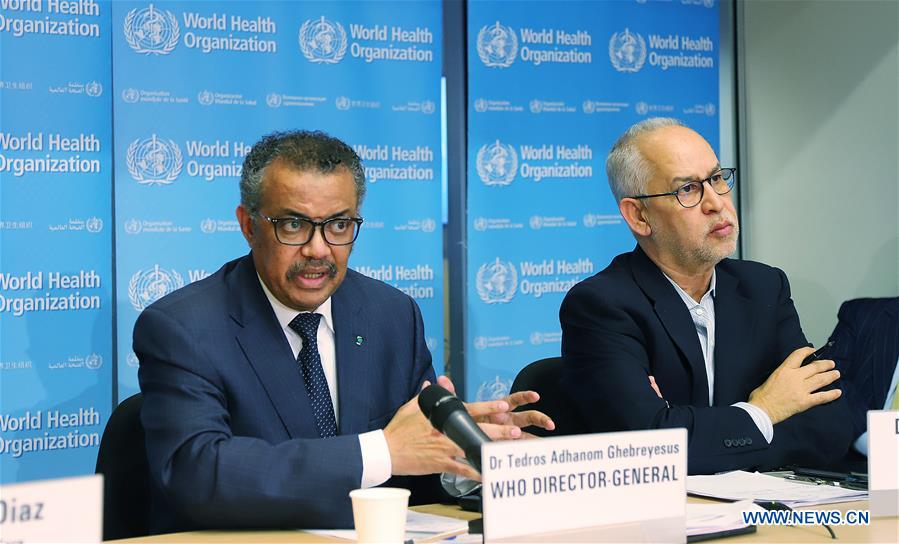 GENEVA, Feb. 21 (Xinhua) -- The World Health Organization (WHO) said Thursday that preliminary results from clinical trials of therapeutics against COVID-19 are expected in three weeks.

"We're also looking forward to results from two clinical trials of therapeutics prioritized by the WHO R&D Blueprint," WHO Director-General Tedros Adhanom Ghebreyesus said at a daily briefing.

One of the trials he referred to is the combination of two drugs for HIV, lopinavir and ritonavir, while the other is testing an antiviral called remdesivir. "We expect preliminary results in three weeks," he added.

Remdesivir is a drug developed by U.S. pharmaceutical company Gilead Sciences. It has shown good antiviral activity against SARS and MERS coronavirus in previous cell and animal experiments.

It has also shown fairly good antiviral activity against the COVID-19 at the cellular level. A randomized, double-blind, placebo-controlled clinical trial of remdesivir started on Feb. 6 in several hospitals in the central Chinese city of Wuhan, and the trial will last until the end of April.

A study published in 2004 showed the anti-HIV drug combination of Lopinavir and Ritonavir has "substantial clinical benefit" when given to patients who had SARS. The Wuhan Jinyintan Hospital, where the first 41 known patients were treated, has already launched a randomized, controlled trial of the anti-HIV drug combination, according to a report by Chinese researchers in the Lancet medical journal late last month.

Most Read The Latest