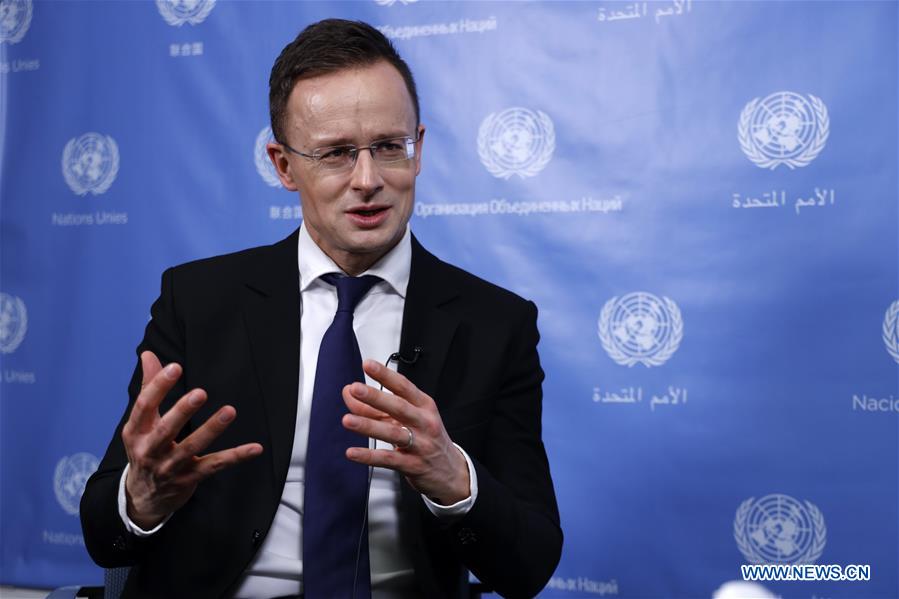 "Building a hospital in a couple of days is something that I'm not quite sure anywhere else in the world could happen," Szijjarto said in an exclusive interview with Xinhua, in a reference to China's building of two hospitals within two weeks, to expand treatment capacity for coronavirus patients.

"And, of course, it was impressive to see how the Chinese health care system managed the deployment of doctors and nurses to take care of those who are in need currently," he said.

Mentioning that every medical worker involved in the fight with the disease is under enormous pressure, the minister said their performance is "fantastic," especially in such extraordinary circumstances.

"I would like to express my respect to the leadership of the People's Republic of China, to the workers at the hospitals, at the social institutions," he said.

Since the outbreak of the epidemic, China has been making all-out efforts to prevent and treat the coronavirus, including putting in place rigorous nationwide quarantine measures to minimize its impact.

Szijjarto said he is fully confident that China will overcome the epidemic soon, adding that Hungary donated a batch of medical supplies to China soon after news of the epidemic emerged.

"China is the No.1 trade partner of ours outside of the European Union," Szijjarto said, adding that his positive experience in enhancing Hungary-China relations could be helpful for future cooperation between the two countries.

Most Read The Latest